Treasure Island is a pirate-themed online slot game from Amaya Gaming that revolves around the classic novel Treasure Island, which was written by Robert Louis Stevenson in the late 1800’s. Staying true to the theme of Stevenson’s literary work, Treasure Island is filled with pirate imagery and nautical themes, and plays out over 5 reels and 40 standard paylines.

The graphics of the Treasure Island slot give an animated feel to the classic tale, and the game is set against a backdrop of a lush green island filled with palm trees, vines and a clear blue lagoon. The reel set itself resembles a giant treasure map, which is topped and decorated with piles of golden coins and treasure chests.

A suitably nautical soundtrack accompanies the game play, and the reels and symbols incorporate plenty of gold, treasure maps and old-style script to add to this slot’s tone.

The main symbols of Treasure Island are all characters from the famous story, and include individuals like Benn Gunn, Jim Hawkins and the formidable pirate Long John Silver.

The game also offers lower value symbols in the form of standard playing card symbols, all of which have been decorated with graphics of treasure maps.

Treasure Island contains 2 separate wild symbols, each with a different function in the game. The treasure chest symbol serves as a standard wild symbol, which appears to substitute other symbols in the game and complete winning combinations. The floating barrel of explosives is this game’s second wild symbol, which triggers its own separate https://canadacasinoonline.org/android/ bonus feature.

A compass symbol also appears on the reels of Treasure Island, acting as a scatter symbol to trigger the game’s main feature. 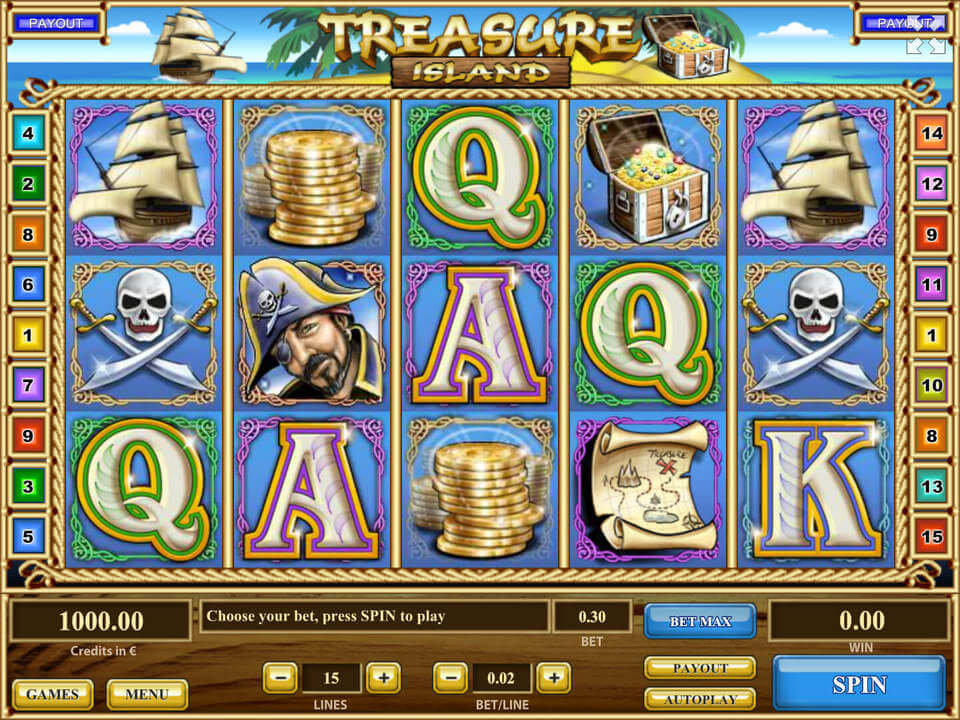 To activate the Pirate Attack Wild bonus feature, players must land 2 of the explosive barrel wild symbols anywhere on the reels of the Treasure Island slot. The reels will now become transparent, leaving only the original 2 wild symbols visible, and a pirate ship will appear on the screen.

This ship will launch cannonballs across the screen, turning any symbols that the cannonballs hit into wilds. If a cannonball hits an existing wild, that symbol will explode into additional wild symbols, and the reels will then be re-spun to revaluate players’ wins.

Landing 3 of the compass scatters on reels 1, 3 and 5 of this Amaya slot will trigger the game’s Treasure Island bonus feature. When this is triggered, players will be able to choose from one of three compasses which will reveal the respective bonus players will be awarded.

In the Free Spins bonus, players will first need to complete the Island Hop mini-game to claim a number of free spins, wilds or instant wins; after this, the free spins game will begin. Choosing an Instant Win bonus will award players with a random prize, and in the Treasure Hunt bonus, players must choose 2 out of 5 X marks, each of which will offer the chance to choose a treasure chest for a mystery win.