Tennis has been popular for hundreds of years and might even have been played in Ancient Greece! Today it’s more widespread than ever, with millions of players and spectators around the world. There are several annual Tennis events, but the most high profile of all are the 4 Grand Slams. These are the Australian, US and French Opens, and Britain’s The Championships, Wimbledon. Find out more about them, and how to wager on the results, right here.

Also often known as The Majors, these 4 tournaments are operated by the International Tennis Federation, or ITF. While the Association of Tennis Professionals (ATP) and the Women’s Tennis Association (WTA) don’t run the events, they do assign ranking points based on performances at Majors. 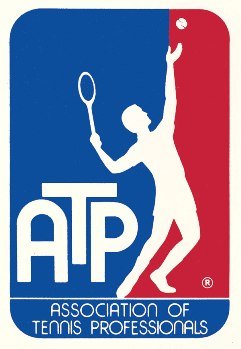 The term Grand Slam was first used, in relation to Tennis, to mean a player who won all 4 Majors within the same calendar year. Though the phrase is now used to describe the Majors themselves, its original meaning still holds. Non-Calendar Year Grand Slam champions win 4 consecutive Majors, but not within the 12 months from January to December.

Doubles teams can achieve Grand Slam glory together, or individuals can do so with different partners. Players who take home all 4 trophies in a single calendar year, as well as the Summer Olympics gold medal, are called Golden Grand Slam winners, while those who get the ATP and WTA Year-End Championship title as well as the 4 Majors are Super Slammers.

Anyone who wins the singles, mixed doubles and doubles tournaments in a calendar year is said to have landed a Boxed Set of Grand Slams. No one has ever managed to do this yet, although a few women have won “career” Boxed Sets – all 12 titles over the course of their professional careers. As you watch athletes’ performances throughout the year, you can put money on any of them winning a garden-variety Grand Slam or any of the other Grand Slam categories.

All 4 Majors use different court surfaces and since the surface affects how athletes perform, someone who can win on 4 different court coverings is considered especially gifted and skilled. The Australian and US Opens both use hard courts, with Australia’s Rebound Ace offering more cushioning that the USA’s DecoTurf surface.

French Open courts are clay, and at Wimbledon contestants face off on grass. For bettors this means researching competitors and learning who does better on grass or clay, which allow for the fastest and slowest play respectively, and who is best on hard courts, which fall in between.

The Majors men’s singles and doubles follow a best-of-five format, rather than a standard best-of-three. This affects the pace of the game, and the bets that you should place. Favourites who start  slow have a better chance of recovering and winning, which puts underdogs at more of a disadvantage than ever. Unlike other matches, they can’t clinch a victory based on their performance in the first set alone. That’s why in-play bets on sporting events is your best option for Majors men’s events.