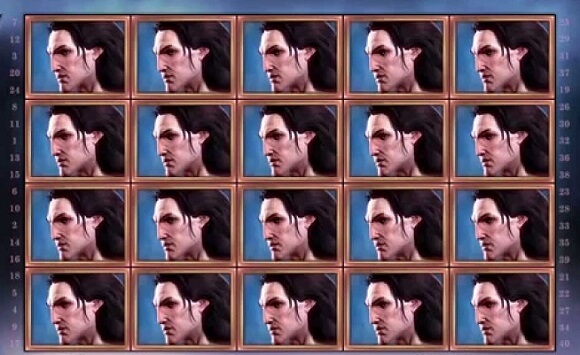 There are many, many different tales about vampires and their bloodsucking habits but one such tale beats out all the others and it is the one portrayed in this Dracula online slot game from NetEnt. Indeed one of the most famous of the vampire legends, this titular character has been the lead in many such folklore and stories around this myth. On the reels of this slot game this vampire lord comes to life and in a rather spooky and highly animated way. The appearance of this slot game is certainly one to behold and plays a considerably large part in the construction of this online slot game.

There are definitely a couple of unique aspects to this Dracula slot experience and these include the aspects around the gameplay itself. Once players open up the game they will find themselves presented with a set of 5 reels, with 40 fixed pay lines running for the most part horizontally across. There are four rows of symbols involved on the reels of this game which also allows for a good deal of combination forming when coupled with the 40 lines. NetEnt have also involved a range of betting options situated within easy reach beneath the reels and capable of applying a personal touch to the gameplay. Players will also find that Dracula slot game comes with some bonus features to match its inviting setup.

NetEnt also have a habit of including a few bonus features onto the reels and with this Dracula slot game this includes Wilds, a Bat feature and even some free spins. The Wild is the big red W symbol and can of course substitute for the other more ordinary symbols in the game. The Bat feature is triggered randomly after a spin and turns groups of arbitrary symbols into matching combinations for more wins. Even the free spins offer some bonus appeal and can award players with 10 free spins plus an additional symbol that when landed awards 2 more spins to the pile.

The first thing players will undoubtedly notice when they boot up this Dracula online slot from NetEnt is that they are joined on the reels by the lead vampire himself, situated along the left of the spinning action. In typical vampire style this animated character goes quite wild when players land winning combos and makes the experiencing both slightly unnerving and also rather immersive. The graphics of this game are done well, adopting a unique style to the symbols and animations that make it clear which of the famous stories about this vampire the developers adapted this idea from. Overall the appearance of this Dracula slot game is something to behold while ultimately trying to net some of those aforementioned bonus features.

The symbols on the reels of this slot game are also evidence that this game is based on the 1897 graphical novel about said vampire and as such feature various characters and symbolism along this style. Even the playing card symbols that NetEnt love to sprinkle into their slots have taken on a more morbid retelling that fits in with the theme created on the reels of this Dracula online slot game.