Craps is one of the most intriguing games you’ll find at any casino – online or land based. The complex table layout belies the simple nature of the game, and once you know more about how it all works you’ll see why it’s one of the most exciting options anywhere.

For the uninitiated, Craps is a dice game that sees players betting on the outcome of a roll, or several rolls. The Shooter is responsible for rolling the dice, and when playing in a land-based venue, everyone gets a chance to play this roll.

Curious? Find out more about where this game originated and why it remains a hit in land based casinos, online and even on mobile!

Games of dice have been around for almost as long as man himself has been. Sophocles states that dice games were played way back in Troy in 1250 AD, and there are several other historical accounts that confirm that playing with dice has always been a favourite pastime.

Many believe that the roots of Craps as we know it today lie in the 14th Century English game of Hazard. Both games involved a Shooter, complicated rules, dice rolls to open ad close betting and the concept of playing against the House. However Hazard was actually way more complex than Craps, so Craps would have been the simplified version.

Rolling Into the USA

Around the start of the 19th Century Craps made its way to America. A Louisiana native by the name of Bernard Marigny introduced it, and soon deckhands and farm hands adopted it, but the wealthy avoided it, as it was considered a common game!

What’s in a Name?

Some say that the name came from the French word ‘crapaud’, which means toad, as players often crouched around on sidewalks like toads while throwing the dice. Others say that it was down to a mispronunciation of crabs, which was the colloquial term for rolling a 2 and a 3, which at the time was the only set losing dice roll in the version of the game. This rule later changed as too many players had tried to crook the dice in their favour! 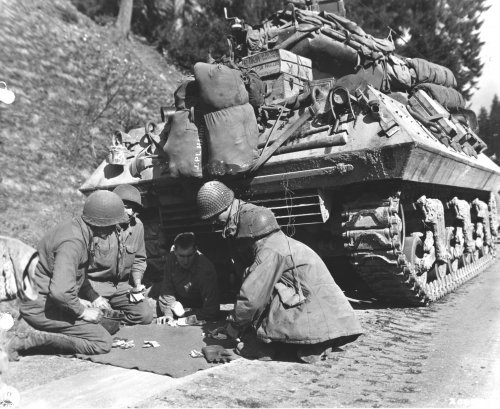 During World War 2 Craps really began to make its mark. Soldiers played it to pass the time, and they’d use just about anything they could find to mark out the table and betting area. After the war, Craps became hugely popular in gambling destinations like Las Vegas, and many say that it was fuelled by nostalgia from the earlier era.

By the late 1990’s online casinos had come to the fore and thanks to increased Internet access, more and more people are enjoying Craps. Today it is one of the more popular table games, and it has even been optimised for play on mobile devices. Live dealer online Craps games are also emerging, and could well be the next frontier in this game’s long and chequered history.